I believe that the biggest challenge with being an engineer is not changing, fixing or improving things, it’s changing mentalities.

Engineering plays an essential role in a wide range of industries, including Aerospace, Agriculture, Pharmaceuticals, Construction, Automotive and Defence. The engineering field has been largely dominated by men, but there is growing recognition of the contribution made by women, both past and present. ‘International Women in Engineering Day’, which takes place on 23 June 2021, is an awareness campaign to raise the profile of women in engineering and focus attention on the amazing career opportunities available in this exciting industry.

Historically, women’s contributions to engineering were frequently overlooked. Hedy Lamarr* was a famous Austrian-born actor who appeared in some of the biggest Hollywood films of the 1940s. She is less-well-known for working with composer George Anthell to invent a method for torpedo command signals to jump from one channel to another, known as Frequency Hopping. This prevented enemies from controlling and rerouting torpedoes and causing damage to friendly vessels. The Navy did not use the technology at the time, and the patent expired before the method came into common use, meaning neither Hedy nor George received a penny for their invention. These principles are now used in WiFi, Bluetooth and GPS technologies – shaping how we communicate today! In recognition of their work, they were posthumously inducted into the National Inventors Hall of Fame in 2014. Read the stories of more women whose discoveries and inventions have changed the world on the Institute of Mechanical Engineers website.

To celebrate the contribution that Encocam’s women engineers make to the business, we spoke to Chemical Engineer, Patricia, about her career and experiences:

How long have you been in Engineering?

I moved to England in 2012 and after a brief time away from the field (during which I learnt English) I moved into a more sales-focused role for a company that sold printing heads. While I was there, I developed an interest in the inks that we produced and moved into R&D chemical formulation.

For me though, development work can be repetitive, and I find the hands-on elements of engineering much more interesting. I decided I wanted to return to the engineering side and in June 2019 I joined Encocam where I have been ever since.

Why did you choose Engineering as an area of study?

That is kind of a long story. All the local children where I lived were sons and daughters of coal miners and the mothers were housewives – I remember the only thing I was expected to do was to have good scores at school, so I did not really have much of a plan at the time. When my Dad retired, my family and I moved from a small village in northern Spain to a big city in Portugal. Suddenly, at school everyone had a plan! – whether it was University or a good job etc. I had to choose a field (in secondary education in Portugal year 9 students choose a branch of education to study for the next few years) and I thought “I’m good at chemistry” and I was always good with numbers (at least better than I was at literacy) – I decided to go into the scientific side.

Before University, I told my Dad I wanted to be a photographer working for National Geographic. He reminded me that I had studied in Science and Technology and suggested I should continue that path. He also said, “You can always do photography when you retire!”, so that is the route I took. I still do photography in my spare time, and I would like to further that and maybe study it in the future.

What role model did you have that inspired you to pursue an Engineering career?

I have engineers in my family – my uncles are engineers, so I think there was some influence from them; but I was the first female to get a degree in engineering in my family and the only one at all to have a degree in my generation.

While I was studying engineering there were other women in my field, but the subject area was quite broad and there weren’t so many women specifically in chemical engineering. Many went into other areas like pharmaceutical or chemical sciences. I found that I was good at chemistry and took naturally to it, so I continued with it.

How would you describe what you do to a complete stranger?

My general role involves making sure people are safe in their working environment by taking care of the chemicals they work with and also ensuring we use the best methods available. My aim is to improve things, making them easier and more comprehensive, this could be the chemistry itself or the processes of working.

I am involved in various areas within Encocam’s manufacturing processes, for example, acid tanks and core processing in the etch bay. Recently I have been working in collaboration with the moulding team investigating raw material – for this, there is a lot of breaking things down to basics, and a lot of trial and error. I love it!

What challenges have you experienced in your career and what did you do to overcome them?

Being an engineer is a challenge and that is the appeal of it!

The idea is to constantly propose solutions to presented issues in the field and ensure that they are followed – from those solutions we find new ones and so on. We have to ask ourselves what to do, how we do it and why, then build from there.

One of my biggest frustrations is hearing people say, “It works, why change it?”. The first car worked, so why did we change that? The automotive industry grew and developed, and here we are with autonomous driving! If we think about it, a competitor’s technology also works, so what can we do to make ours better? In my opinion it is the desire to continuously improve and develop our methods, while at the same time retaining the capacity to keep them simple. This has to come from the inside out in every single thing we do. It is a simple concept but difficult to interiorise.

I believe that the biggest challenge with being an engineer is not changing, fixing, or improving things, it is changing mentalities. This is why we focus on subtly changing processes that can be followed up.

How has Encocam encouraged or supported you in your role?

Within Encocam I feel that I can give an opinion and it is listened to because people understand that I have done my research and have a basis for the methods or solutions I am suggesting. I feel trusted and empowered in my role and people really encourage me in what I do. I work with an excellent team.

What would you do to encourage more women and girls to pursue a career in Engineering?

Engineering can seem scary to girls due to the masculine image of the area of work. We should promote the fact that “Engineering” is a broad term for many different areas including chemical engineering, process improvement, quality control, these are only some of the many areas and things we do.
I think there needs to be a change in mentality for everyone. We need to keep minds open for children to be able to explore careers that might not have been available before. I think the government could encourage this from a young age and the message should be that there are no limits no matter your gender.

Encocam is an award-winning manufacturing and engineering company serving a wide range of sectors including the rail, automotive and construction industries. We proudly employ over 230 people from 26 different countries and believe strength lies in our differences, not similarities. The ability to value and celebrate these differences is key to working for our company. If you would like to join our team, please check our open vacancies and apprenticeships. 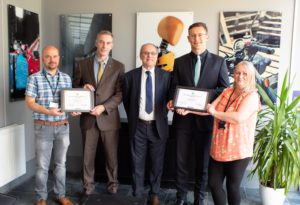 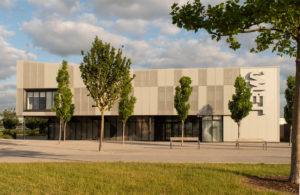 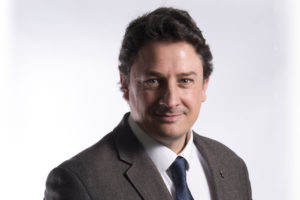 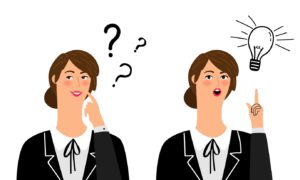 Inspiring Innovation and Creativity in the Workplace